Ammonium bicarbonate and diammonium phosphate are commonly used fertilizers in agriculture, which are processed by fertilizer production line. So, what is the key point of fertilization technology? 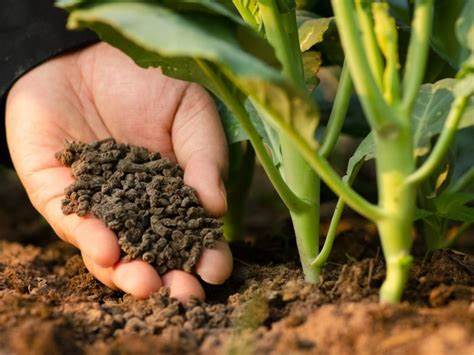 It can be used as fertilizer for ditch bottom. If it can be combined with the depth application of cultivated land, the effect will be better. However, it should be noted that the depth of application should be greater than 6cm (sandy soil can be deeper), and the soil should be covered immediately after application. Only in this way can nitrogen loss be reduced. When ammonium bicarbonate is used as a coat, the dry land can combine with the intermediate. The depth of application should be less than 2 inches. The soil should be covered immediately and watered in time. The paddy field should be kept about 1 inch shallow water layer, but not too shallow, otherwise it is easy to damage the roots. After application, plough in time to promote the absorption of fertilizer by soil.

Diammonium phosphate is a kind of fast fertilizer with high concentration, which is suitable for all kinds of crops and soil, especially for ammonium, phosphorus and other crops. It is suitable for basic fertilizer. If used as a top coat, it should be applied as early as possible before covering the soil with a depth of 10 cm. It should not be too close to the crops to avoid burning them. When used as seed fertilizer, it should not be in direct contact with the seed. Do not apply diammonium phosphate in water, otherwise most of its nitrogen will remain on the ground surface and should not be mixed with alkaline fertilizers (such as plant ash and lime) to prevent nitrogen volatilization and reduce the availability of phosphorus. We can also use NPK fertilizer granulator to further process high quality compound fertilizer.

Frustrated with the high cost of fertilizer? How about geting your own fertilizer production business? Here are tips to use most common seen organic materials to make fertilizer at lower costs: https://manuretofertilizer.com/